Alan Sargent – what landscapers learned in 2021

Alan Sargent, one of the UK’s most experience gardens consultant, shares his thoughts on the trials and tribulations of landscaping in 2021.

As a home owner, the greatest single expense you may make in your lifetime is that of buying a garden. It may seem the simplest thing – to make the decision to have a new garden built or an existing site cleared and a new start made on creating your personal Dream Garden. Certainly, the recent pandemic saw a massive rise in the number of new garden commissions, after people realised just how important their life space was, when obliged to spend a lot more time living in a smaller and more intimate world, one where individual areas for work, rest, domestic entertainment and play became the focus as never before.

Thousands of new-build houses, with empty spaces bounded by plain wooden fences and chain link became opportunities to create personalised ‘outdoor rooms’, complete with kitchens, offices and so much more.

Garden Designers saw an explosion in enquiries and commissions. Similarly, Landscapers also became highly sought after, with many holding bookings for a year or more in advance. Unfortunately, this situation was quickly exposed as unsustainable, as skilled labour has always been in short supply, and never more than the past couple of years, and many projects failed through a lack of understanding of the professional garden building industry.

The biggest shock to the industry was the lack or shortage of materials and products. Simple items such as paving and timber suddenly became severely limited in supply, caused through an increase in DIY projects, demand from the landscaping industry, combined with HS2 (which is using a HUGE amount of basic materials such as cement, aggregates and timber, plus the Tiger industries in Asia using more materials for their domestic markets.

Prices rose dramatically due to transport costs, lack of shipping and a major shortage of shipping containers all contributing to a unique set of problems in the current domestic landscaping marketplace.

Insufficient skills, shortage of materials and lack of choice in products including living plants and sundries caused many issues on site. My work as a Gardens Consultant, specialising in disputes and Court Claims saw a similar rise in commissions,  from an average of fifty cases per year to over one hundred. Reviewing this phenomenon, I realised that the lack of professional service between the customer and landscaper was the primary cause. Not only in communication and documentation, but also in the way that contracts – often involving tens of thousands of pounds – were treated as though they were irrelevant.

A few emails here, a text or two there and a quick verbal acceptance of what is essentially a highly complex transaction were the primary cause of the problems and disputes.

There was one thing that shone through all of these claims

Not one of the (almost) two hundred cases I reviewed when writing this article, had a professionally produced set of plans. The vast majority had little or nothing in the way of contractual documentation, or had strayed away from the original agreement without proper use of other contractual methods such as Variation Orders, and NONE of those examined in retrospect had been constructed using any professional plans.

And yet, when you consider that without detailed plans and drawings, common sense raises the question of ‘how did the project go ahead?’.  Customers would not buy a fitted kitchen without seeing some kind of layout, complete with measurements and instructions for fitters to instal the units. And yet, gardens were being landscaped with nothing more than vague instructions!

Personally, having retired after over fifty years of building gardens as a Design & Build Landscaper, I have always championed those companies, like my own, that created gardens using my own labour and designs, as I was in full control of the project from beginning to end.

My maxim was that I did not have to ask myself any questions, as I already knew the answer!

That is the beauty of working with a Design AND Build company. Everybody involved knows and understands their role in the operation. They know and understand the products they are working with AND the skills set available to them as a tightly knit team. They have no need to try and locate the designer – they are all working for the same In-House enterprise! For this reason alone, I am not surprised to see no Court’s Claims against anyone who works in this manner having crossed my desk for as long I can recall!

I have recently written a book specifically for home owners, called Buying A Garden. It examines the relationship between a customer, designer and landscaper, and covers every aspect of commissioning a ‘Fitted Garden’.  Available from www.alansargent.co.uk (which also features work by My Garden Design) Nervous about building a garden without having a design to work from?

As a landscaper I know that there are sometimes small jobs where you can get away without having a design but personally, I would never tackle a project without having a clear directive from the client.  As Alan says in his blog, there are huge risks in working from a vague description with no proper contract in place. The repercussions just don’t bear thinking about!

or request a demo today 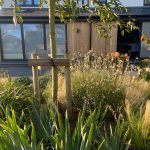 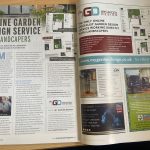 My Garden Design In The NewsMy Trade, Uncategorized